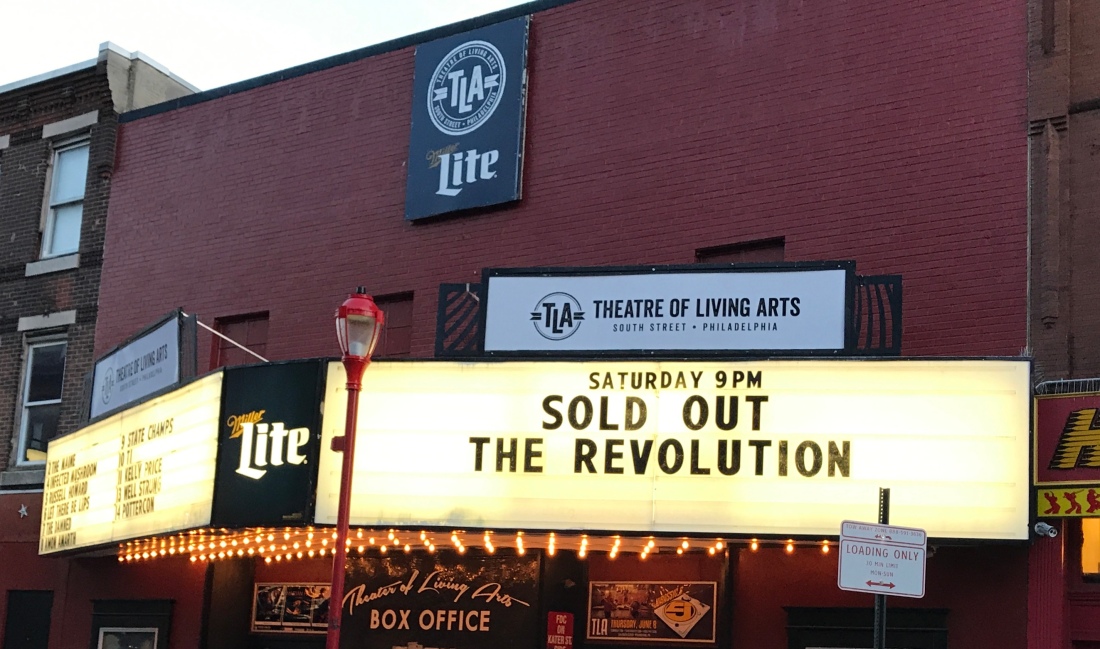 The last time The Revolution performed in Philadelphia was November 24, 1984 at The Philadelphia Spectrum. That show, with Prince leading the band, was my first concert and the spark that ignited my passion for live concerts. Last night, more than 32 years since that amazing show, The Revolution returned to Philly, this time in a much smaller, more intimate venue, The TLA on South Street. It was a funky, cathartic, energetic and simultaneously bittersweet evening that celebrated the music that Prince made with The Revolution.

The Revolution was always a tight band when Prince was its leader. That has not changed, as Wendy, Lisa, Dr. Fink, Bobby Z and Brownmark are still tight and funky. Since reuniting after Prince’s passing, The band has had a year to grieve, join together and play as a group again, and their bond is unbreakable, which shows on the stage. Their performance was even more refined since the September shows. I was blown away when Wendy played the guitar solo on “Purple Rain.” She played it really well at previous performances, but she really nailed it last night. Prince would be proud. I can’t wait for night number two tonight.